Born and raised on the coast of California, Edward has always loved the process of creating. 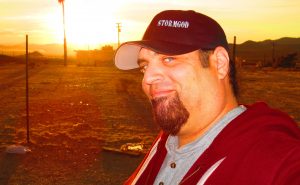 As the son of a very wise and loving mother, Edward has always found himself to be supported and encouraged to follow his creative heart.

After excelling in music and art throughout his younger school years, Edward found a new creative outlet in film during high school which he attributes to his older brother who was an AV program student years prior. “My brother had blazed the way ahead of me in high school. He always had a very strong presence in music, film, and theater arts. Since he was almost four years my senior he was able to indirect

Edward continued to excel in theater arts and music and was accepted to the Academy of Art in San Francisco, a private creative arts college at the time. He majored in their prestigious Motion Picture Arts program to continue his film studies and have the opportunity to hone his editing and production skill set.

After film school, Edward moved to Los Angeles where he has been professionally working in the post production industry. Edward has also gone on to work on many projects with clients such as Volvo, Sony Pictures, BMG Music, EMI, Target, Disney, Fremantel Media, Universal Studios and Paramount Pictures. As a business entrepreneur, he started a web hosting and design firm, a heavy metal themed clothing company, and a web based global martial arts community.

Edward has written, directed and produced a slew of projects including a Silver Telly Award Winning 10 webisode mini series, a music video for a UK and US Billboard chart topping artist, film trailers, commercials, promos for Comedy Central and at least four other festival placing film shorts.

Scroll back to top
@StormgodStudios